Harrison Promoted at Bank of the Islands 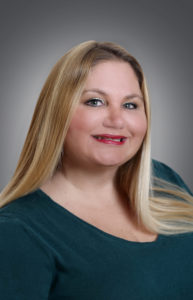 Bank of the Islands President Robbie Roepstorff is pleased to announce Heather Harrison has been promoted to Lead Teller.

“Heather has been a valued member of our banking family for two decades,” said Roepstorff. “Her dedication and commitment to our customers makes her ideally suited for this new role.”

As Lead Teller, Heather will continue serving on the teller line. In addition, she will continue to facilitate the teller training program and now assume additional responsibilities assisting with and overseeing teller operations at the Bank’s Sanibel office.

“My fellow bankers are such a special group of people,” said Harrison. “It will be my privilege to take on this new role while continuing to work with them in providing great service to our valued customers.”

Heather has lived in Southwest Florida since 1982. She has enjoyed volunteering at many island events over the years, including CROW’s Taste of the Islands, the Sanibel School Fund’s Seahorse Festival, and Sanibel’s Fourth of July Parade.

Bank of the Islands, a name synonymous with island community banking since 1974, is located at 1699 Periwinkle Way, at the corner of Casa Ybel Road, on Sanibel. The Captiva office is at 14812 Captiva Drive, next to the Captiva Post Office. As the oldest locally owned and managed community bank on the islands, Bank of the Islands is proud to be the winner of 44 “Best of the Islands” awards since 1999, including being chosen the Best Island Bank for 22 years straight.