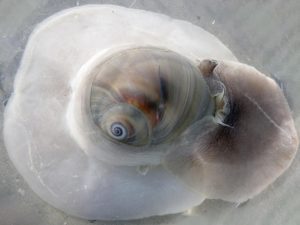 The Bailey-Matthews National Shell Museum’s free online lecture series continues on August 11th at 5:30pm with Mobilizing Millions of Mollusks of the Eastern Seaboard. The talk will be led by Dr. Rüdiger Bieler, Curator of Invertebrates at The Field Museum of Natural History, and Dr. José H. Leal, Science Director and Curator at Bailey-Matthews National Shell Museum.

Mobilizing Millions of Mollusks of the Eastern Seaboard (ESB) is a collaborative project sponsored by the National Science Foundation. The project brings together 17 of the largest mollusk collections in the US, including museums such as The Field, Natural History Museum of Los Angeles, Museum of Comparative Zoology at Harvard, National Shell Museum, and others; as well as major university collections. The organizations work together to combine and update data of the more than 4.5 million individual mollusk specimens from the Atlantic and Gulf States that are cumulatively housed in their collections. Once the specimen records are updated and standardized, the largest information resource in the world on Atlantic and Gulf mollusks will be established, and will be made available online to the public.

The addition of map coordinates to the records for specimens will provide detailed knowledge of species distributions and because natural history collections have specimens collected from the mid-1800s to present, species distributional changes over time will be better understood and can and lead to improved  fisheries and conservation management. Drs Leal and Bieler will discuss the project advances and the expected outcomes from this multifaceted cooperative effort.

Dr. Bieler received his M.Sc. and D.Sc. degrees from the University of Hamburg, Germany. He has held curatorial and administrative positions at the Delaware Museum of Natural History, and joined the Field Museum staff in 1990. He is on the faculty of the Committee on Evolutionary Biology at the University of Chicago, was elected president for both the International and the American Societies of Malacology, and has served on the Board of Trustees of the Delaware Museum of Natural History.

Dr. Leal has worked for the Bailey-Matthews National Shell Museum since 1996 and is currently the Science Director and Curator. He received his PhD in Marine Biology and Fisheries from the University of Miami. Dr. Leal holds honorary faculty positions at the University of Miami and Florida Gulf Coast University, where he is an affiliate member of the Coastal Watershed Institute. He is also a past president of the American Malacological Society and of Conchologists of America. He is editor of The Nautilus, one of the oldest and most prestigious peer-reviewed journals of malacology in the world.