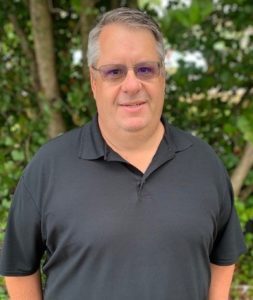 One of Southwest Florida’s most established and respected community bankers, Hall has grown Sanibel Captiva Community Bank from its inception in 2001 to the largest community bank in Southwest Florida. Under his leadership, the bank has grown to more than $700 million in total assets, achieved a return on equity that ranks within the top 60 banks nationwide (out of 4,000 banks), and experienced deposit growth in excess of 26% per year compounded for the past eight years.

“David has been my most trusted and valued partner for over 20 years, and has been instrumental in our establishment as a high-performing bank. He was a vital part in the development of every aspect of the bank’s growth,” said Craig Albert, president and CEO. “David will be missed by the entire SanCap Bank family, and we wish him the best as he enters the next chapter of his life.”

Hall is a community steward who has served in leadership roles with various community organizations over the years, including the Southwest Florida Symphony Endowment Foundation, Florida Repertory Theatre, Junior Achievement of Southwest Florida and Fort Myers Community Concert Association. Hall will remain an active member of the bank’s board of directors to help guide the future direction of the bank. In his retirement, he intends to travel, spend time with family, take piano and cello lessons, and continue his commitment to his health.

John Wright, who joined the bank in April 2020, has been named executive vice president, chief financial and operating officer. Wright, who has more than 30 years of experience in community banking, has spent the last year working closely with Hall to prepare for his new role. Over his extensive banking career, he has worked for several community banking institutions in Maryland. Wright holds a bachelor’s degree in accounting from The University of Maryland.

Founded in 2003, Sanibel Captiva Community Bank has two locations on Sanibel Island and six more locations throughout Lee County. The bank is nationally ranked in the top 2% best-performing community banks by S&P Global Market Intelligence out of more than 4,400 banks with assets under $1 billion. It is well-capitalized, with more than $700 million in total assets, and generates one of the highest returns on equity of all Florida banks. The bank employs more than 100 employees, and more than 40% are current shareholders.