Schulte Promoted at Bank of the Islands 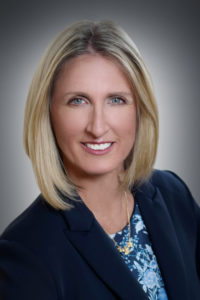 Bank of the Islands President Robbie Roepstorff is pleased to announce Susan Schulte has been promoted to Assistant Office Manager.

“Susan has been such a valued member of our banking staff,” said Roepstorff. “With extensive banking, supervisory and administrative experience, she demonstrates excellence and professionalism that will serve her well in this position.”

As Assistant Office Manager, Susan will join the management team in overseeing the efficient and effective operations of the Bank’s Sanibel and Captiva offices. The execution of her new duties will continue to hold superior customer service as a top priority.

“I have so enjoyed being a member of the Bank of the Islands team,” said Schulte. “This opportunity to serve our customers in a new and expanded role will be a great next step in my banking career.”

Susan and her family have been active Sanibel/Captiva residents since 1984. They are longstanding members of the Sanibel Community Church and support Big Arts, CROW, and many other island non-profit organizations.

Bank of the Islands, a name synonymous with island community banking since 1974, is located at 1699 Periwinkle Way, at the corner of Casa Ybel Road, on Sanibel. The Captiva office is at 14812 Captiva Drive, next to the Captiva Post Office. As the oldest locally owned and managed community bank on the islands, Bank of the Islands is proud to be the winner of 44 “Best of the Islands” awards since 1999, including being chosen the Best Island Bank for 22 years straight.