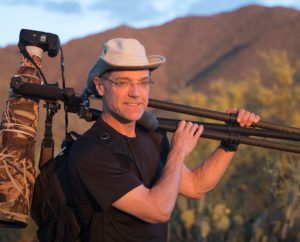 Award-winning author and wildlife photographer Paul Bannick will present a program featuring stunning imagery from his books about owls at a special lecture titled “Gray Owl: A Visual Natural History” on Friday, March 12, at 10 a.m. in the Community House at 2173 Periwinkle Way on Sanibel Island.

Based on thousands of hours in the field photographing, one of Bannick’s newest books Great Gray Owl: A Visual Natural History published in October 2020, is the latest example of the author’s love and respect for owls.

It showcases one of the largest owl species, also known as the Phantom of the North, Great Gray Ghost, and Bearded Owl. It lives in the western mountains and boreal regions of North America.

The Owl and the Woodpecker: Encounters with North America’s Most Iconic Birds and Owl: A Year in the Lives of North American Owls.

“For anyone who appreciates wild things and wild places, each of Paul Bannick’s stunning photographs is worth ten thousand words,” wrote Ted Williams, an editor at Audubon magazine.

Bannick’s work has been featured prominently in bird guides from Audubon, Peterson, The Smithsonian, Stokes, The National Wildlife Federation, and Birds of the World; and has appeared in a variety of publications from The New York Times and Birds and Blooms to American Way and the Seattle Times.

The photographer has appeared on NBC Nightly News, Evening Magazine, and dozens of NPR stations and programs, including Travels with Rick Steves and BirdNote. He will be signing copies of his books following the lecture, all of which will be available to purchase that day or in advance at any of the DDWS Nature Store outlets. Locations include the “Ding” Darling Visitor & Education Center at the J.N. “Ding” Darling National Wildlife Refuge on Sanibel, at 2250 Periwinkle Way on Sanibel, and online at ShopDingDarling.com. Profits from sales benefit conservation efforts at the refuge.
“Ding” Darling Wildlife Society-Friends of the Refuge (DDWS) hosts the 17th annual lecture series, and Bill and Laurie Harkey sponsor Bannick’s lecture.

This season’s “Ding” Darling Lecture Series evolves with the times and persisting distance protocols by moving to a larger venue. Socially distanced seating for the free lectures is limited and available on a first-come basis.

Staff will be distributing entry wristbands to attendees beginning at 9 a.m. that day, after taking touch-free temperature readings. Guests must be wearing wristbands and facemasks to enter the lecture room. Early arrivals may save their seat and one other with personal items. Saved seats must be filled by 9:45.

The season’s remaining schedule is listed below. Book signings follow both lectures. Note: Opinions expressed in guest lectures do not necessarily reflect the views of refuge and DDWS management, staff, and board of directors.