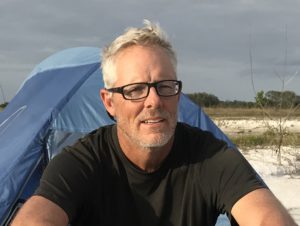 The final talk in the Bailey-Matthews National Shell Museum’s 2022 Season Lecture series will be held at the Museum on Wednesday, April 6, at 5:30pm. Paradise Considered: Photographs of Nature and Change in Southwest Florida, will be led by Andrew West of The News-Press.

The nature of Southwest Florida is stunning and unique in its power to inspire the devotion of residents, influence the economy and government, and attract millions of visitors from around the world. It is also constantly changing and increasingly at risk as a result of both natural processes and man-made factors. For over 20 years, Visual Journalist Andrew West has documented the beauty, complexity, and important events of the region’s natural world as a photographer for The News-Press newspaper.

“Andrew will share some of his most compelling photographs of the Southwest Florida region; the stories behind the events, landscapes, wildlife, and people his images reflect; and how these stories play a role in our changing built and natural environments,” said Sam Ankerson, Executive Director of the National Shell Museum.

Andrew’s lecture is in conjunction with the exhibition Red, Blue, Green: An Introduction to Water Quality in Southwest Florida, which is on view at the Museum until June 10th and which features several of Andrew’s photographs.

The Sanibel Captiva Trust Company is the Presenting Sponsor of the 2022 Season Lecture Series.

The cost to attend the talk is $10 per person (or FREE for Museum Members, memberships to be confirmed upon registration). Refreshments, wine, beer, and snacks are included with event admission. Registration required at ShellMuseum.org/in-person-lectures.